A native of the twin cities, Derek fulfilled his dream of military service at age 17 when he enlisted to become a United States paratrooper. Upon completion of basic, AIT and airborne school in Ft. Benning, GA he was assigned to B CO, 2nd BN 325th Airborne Infantry Regiment of the 82nd Airborne Division to serve as a infantryman.

On his third combat tour to Iraq, Derek was wounded while conducting a raid near Sadr City. In the years following his injury Derek reconnected with Sean Endsley, a fellow paratrooper from his days with 2/325, and together they worked to help Derek heal. Derek now intends to serve as a beacon of hope for those lost in the darkness that nearly consumed him, by instilling the lessons he learned during his journey to recovery.

Derek resides primarily in the dreams of college coeds and nightmares of his enemies, and enjoys protein, extra reps, medium shirts, Copenhagen and metal. Dislikes include sleeves, razors, and dress clothes. 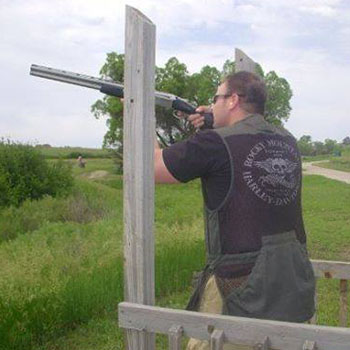 A native of Denver, Sean was in his junior year of college at Colorado State University in 2001 when he watched the events of September 11th unfold, and knew that his life would be forever changed. Upon completion of his bachelor’s degree he enlisted in the Army as an airborne infantryman later assigned to B Co, 2/325 AIR. After returning from a tour to Iraq in late 2005, Sean successfully completed SFAS and began the SFQC as an 18C.

While in training Sean suffered a heatstroke with a core body temp of 108 degrees, and was medically separated from service in 2007 as a result. Devastated by the loss of his dream of becoming a Green Beret, Sean reconnected with Derek Weida in 2010 and realized that the best way to help himself was to help his brother. Together they formed a friendship that would inspire The Next Objective.

Sean resides in Denver with his wife Michelle and tries to split his free time evenly between skiing, golfing, and riding his Harley. Dislikes include his bad knees, ambient temperatures above 80 degrees, and heat strokes.